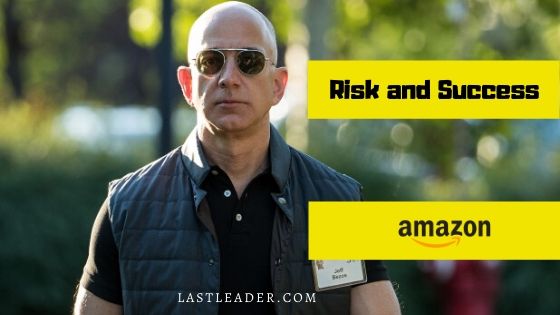 Friends, the relationship of risk and success is intense. When we listen or read the stories of successful people, one thing becomes clear in all of them that all the people who have succeeded or have done some big work have taken risks at some point in their life. But remember, it takes a lot of courage and patience to take risks. But it is also a very bitter truth:

Those who take the risk win.

Risk is a part of life

Friends, we are taking some risks every day in normal life, unknowingly. Just think about what will happen if a person does not take risks? The child will never learn to walk on his feet because there is a risk of falling. You will never be able to drive a car or a scooter because there is a risk of an accident. Due to the risk of the train getting off the tracks, you may never travel by train.

Meaning it is clear, if we do not take risks, then success is far away, it may become difficult to live. It is not possible for anyone to completely avoid the risk.

It is clear that, the larger the risk, the greater its advantages or disadvantages. Successful people have accepted the fact that they have to take the risk and they took the risk of working on their new idea, and because of that risk, they got such a huge success today.

The interesting thing is that the people who do new work do not see the risk, they only see the possibility. They are so excited that they do not find anything impossible, so they also make the impossible possible.

Today I am going to share with you one such inspiration, the risky success of Amazon.com founder Jeff Bezos which changed the whole trend.

Jeff Bezos took the risk of starting Amazon.com and created history. But remember, he did not get this success easily. He got this success after taking a lot of risks. Because selling the internet or online marketing was a completely new idea at that time. If the customer was not ready to buy goods with the credit card, then all the hard work would have been lost.

Apart from this, there were many problems in this work, such as which software should be used? How to deliver goods around the world? Bezos was married in 1993, and taking the risk of quitting his job shortly afterward was a big decision.

But Bezos did not panic at all about these risks. The ability to take risk probably determines the difference between successful and unsuccessful people. Bezos put his savings, job, marriage and his life, all at stake in a brand new business. Critics were saying that Bezos had little chance of success, he would be ruined. But he did not give importance to such negative things and took such a big risk for his dream. Bezos said about taking risks –

“If you feel that someday you regret not taking any risk, then take that risk.”

Today, Jeff Bezos is included in the list of world’s richest due to the risk and Amazon.com reached this point. But remember, it is very important to work hard with patience while preparing the action plan along with the risk. This is probably also called Calculated Risk.

Hi friends, How was this motivational article about “Amazon Success Story- Risk and Success”, write in comment box. Share with friends. Sharing is caring. We wish you good luck.